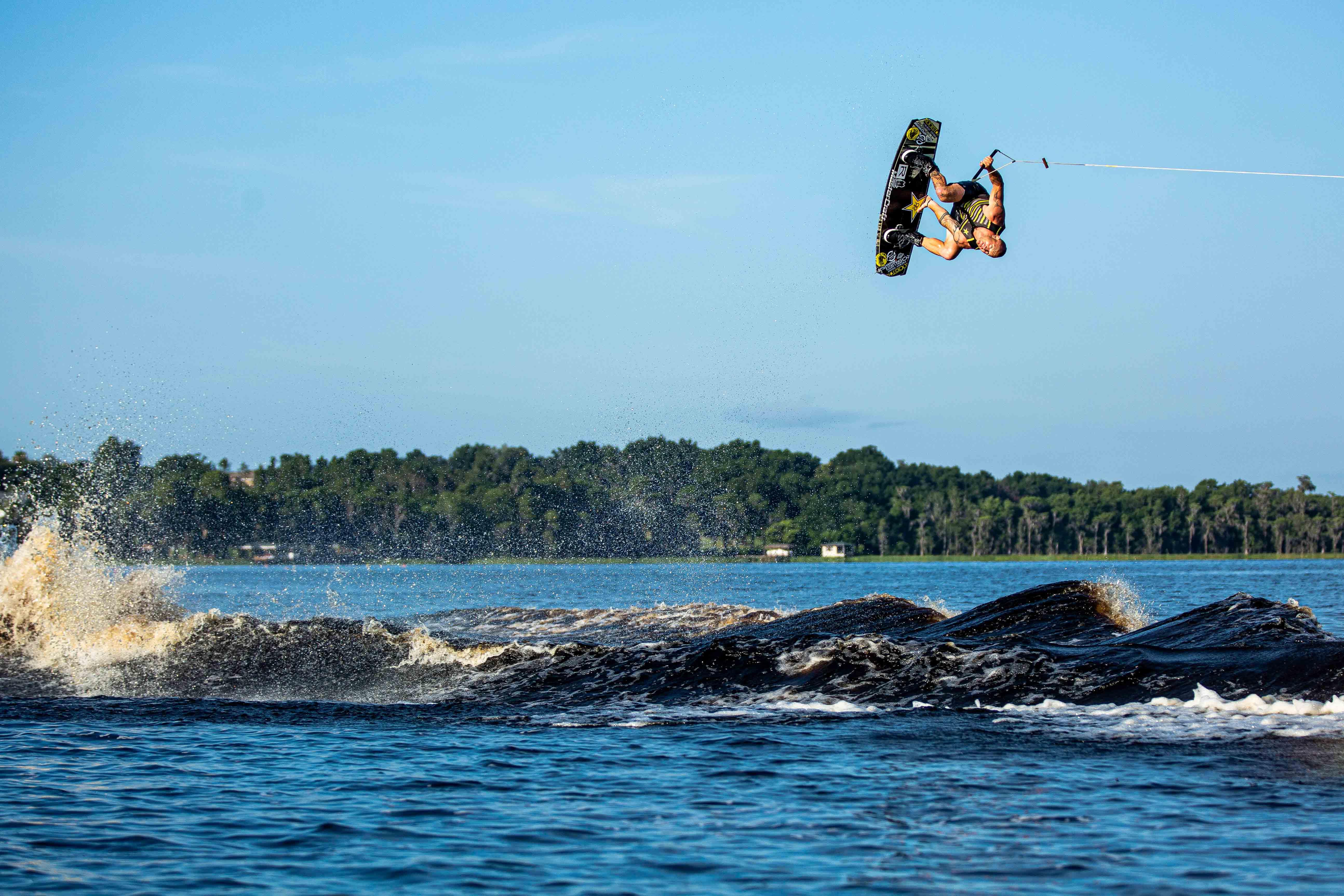 We’re at a pretty pivotal time here in the world of wakeboarding. With so many amazing riders from all over the world flooding the airwaves, it’s almost enough to make your head spin. I remember a time when you’d only see guys like Parks Bonifay and Danny Harf putting down insane tricks but nowadays, so many riders whose names you’ve probably never heard before are dropping 10’s, double flips and more from all corners of the globe. I mean, just compare a contest run from five years ago to today and you’ll see what I mean. Yes, there were plenty of “stock” tricks (mobe 5’s, 900’s, etc.) being landed that would bring the average rider to their knees, but in 2014, Harley Clifford was at the forefront of this progression. Throwing the only double on tour (indy tantrum), Harley was a beast. Not much has changed these days because Harley is still one of the most dominant forces in competitive wakeboarding, but to go from only one guy doing double flips to multiple riders doing multiple double flips in every round of each contest is just unreal. The amount of progression that we’ve seen over the years has been almost too much to comprehend and I really don’t see it slowing down any time soon. I never thought I’d see so many effortless 1080’s on my Instagram feed as I do today.

But what’s the cause of this surge of progression? Well, if you’ve been keeping track at all, boat manufacturers have been progressively beefing up the size of the wakes over the years and that’s caused riders to go bigger than ever before. That’s a good thing, right? Well, yes and no. On one hand, the bigger wakes have definitely made it easier for riders to send it harder than ever before, but have we lost touch with something that is completely unique to wake? Yes ladies and gentlemen, I’m referring to the double up. There’s nothing more “wake” in my mind than when the boat crosses over those rollers to form that split second of aquatic chaos that can either be the best hit of your set, or put you in your place like no other. In the past, it was a crucial part of not only contests, but freeriding in general. You could pretty much guarantee that when a video part dropped, there would either be a dedicated double up section or the majority of a rider’s banger tricks would be thrown off the dub. It was always my favorite section of a video because you knew that those hits were going to be the biggest and sickest tricks in the whole thing.

So what’s happened to the double up these days? Are riders just not that worried about it anymore? A case can be made for both. While I’ve noticed a lot of the young riders are steering away from them, there’s still a solid pocket of riders out there consistently smashing dubs and sending it. Rusty Malinoski, Steel Lafferty, Cory Teunissen, Shota Tezuka, and cover boy Jeff Langley just to name a few. The art of the double up is still alive and well. Take notes kids. There’s more to this game than just going wake to wake.

This issue is all about hitting the “full send” button. First off, we check in with wake’s newest “dad” out on Clear Lake. Jeff Langley, aka “Pop” to the youngins, has been taking a few of the younger riders under his wings as of late and teaching them his ways. Langley has a lot of knowledge to give and riders like Lewy Watt, Luca Kidd, and Rocker Steiner have been a few lucky enough to learn from the master. We also have an ALL ALLIANCE contest that was an absolute sh*tshow. The “Wakescootering Championships” went down and the world of wake may never be the same. Are we on the verge of a breakout for this hybrid sport? Hopefully not, but it sure was fun to mess around with it for an afternoon. Enjoy the photos but just wait for the video …

The amount of progression I’ve seen over my years in our community of wake is absolutely astounding. I love to see it. The comradery in all the different riding groups leads to these riders constantly searching for that next big trick. It’s exactly what our sport needs. But with all this forward thinking, it’s good to look to the past for inspiration as well. So the next time you’re out having a set, think about the greats that came before you: The Vandall, the Scud, the House of Style, and make sure to tee one up for them. Your knees might not thank you down the road, but history sure will.