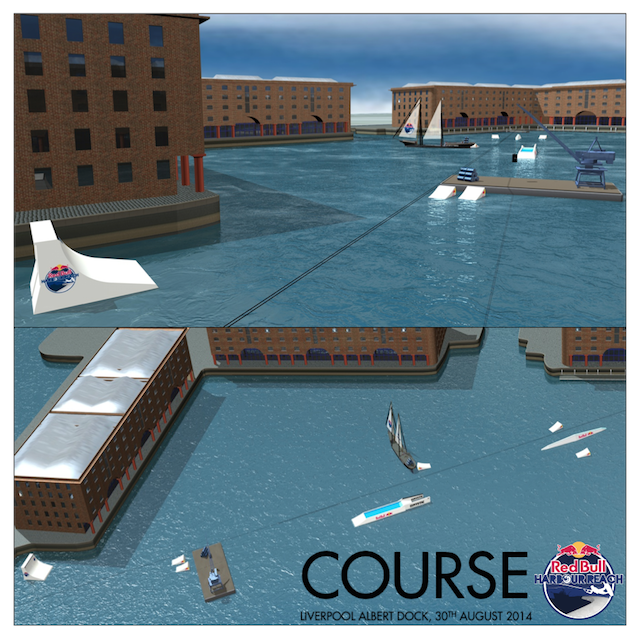 Red Bull Harbour Reach has announced its tantalising new course layout for 2014 as it takes wakeboarding to new heights on the Mersey waters.

Landing in Liverpool on Saturday 30th August, Red Bull Harbour Reach promises to be an awesome spectacle with 20 of the world’s best wakeboarders going head-to-head.

The elite riders will have to bring no less than their A-game as they face the gargantuan UNIT Pool Gap, which stands at more than 100 feet long and will take four artic lorries to ship to Albert Dock!

It is being provided especially for Red Bull Harbour Reach from Liquid Leisure Wake Park, and is expected to blow the competition wide open as each competitor seeks to impress the esteemed line-up of judges with a combination of huge tricks and moves.

Also set to keep things interesting is the Albert Dock Crane Barge, and riders will be challenged to ‘bonk the barrel’ hanging from the crane as they fly over – this will get higher throughout the stages of the competition!

Fans can expect the top pro riders to be pushed to the limits as they jump The Glaciere Ship, built in 1899, as well as a series of extreme course features, including the UNIT Quarter Pipe, 2 x XL Industry Kickers, 3 x Large Industry Kickers and Industry RoofTop Rail.

For more info head to: www.redbull.com