Wake The Line Wrap Up 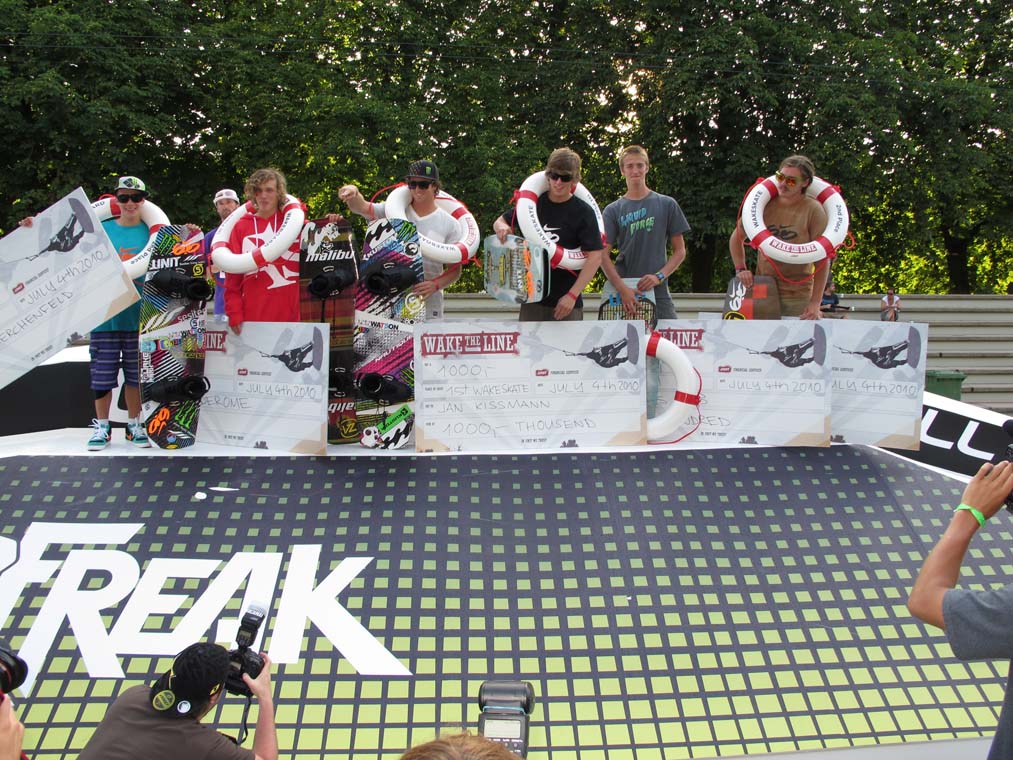 After a win at the Fise Montpellier in France last May, RAPH Derome again shocked the World of Rail Shredding in Cologne, Germany, winning the RED BULL Wake the Line .

Wake the Line is ONE of the Highest ranked rail tournaments in the world, where the best RAIL masters are invited to prove who is the best. The set up was a 3 pools length with rails, a wall and a kicker, pulled with the SYSTEM 2.o.

Raph was very impressive in practice and kept the momentum up to the final. The toughest heat he had to go through was against his own brother Oliver, well known for his talent on rails. Raph when on to meet Kevin Henshaw the Liquid force flex-board represent, and in the final heat we saw Raph edge out Nico Lencherfeld.

In the Wakeskate division were 10 top world ranked riders met to see Yann Kissmen edging out Ben Horan in the final battle of the day.

Wake The Line Wrap Up