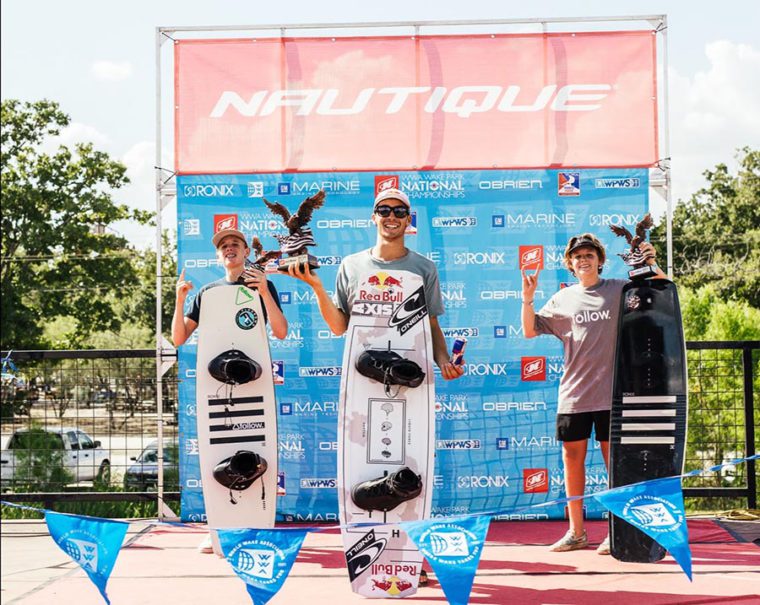 WACO, TX (August 9, 2020) – The 2020 Nautique WWA Wake Park National Championships presented by GM Marine Engine Technology celebrated another year of standout performances at the watersports mecca of BSR Cable Park this weekend. With National titles and team overall points on the line, riders and teams came in from all over the U.S., bringing the best wake park showdown to Texas. After a long week of riding satisfied riders clinched their spots in the WWA Wake Park World Championships taking place this September.

Starting off the day of finals, Reed Hansen took the Pro Wakeskate title with solid rail hits and an impressive flats tricks completing the win for a perfect score of 100.00. Beau Goforth took second with a 90.00 score followed by Sam Lacerte in third scoring 80.00. The Jr. Pro Traditional division displayed premier athletic ability with Tyler Cole taking the win showing solid execution and variety in the flats for a final score of 98.00. Barrett Swope got technical with his rail hits for his second place finish with a score of 93.00, ahead of Colby Zebarth in third with 80.00.

Reigning Pro Traditional champion Guenther Oka put down a stand-up performance with a huge B/S 900 off the kicker scoring a perfect 100.00 point score to take the Pro Mens Traditional top spot again for 2020. Brady Patry rode through the entire event for a second place finish of 91.00, ahead of Tom Fooshee who put down another solid run to score 77.00 rounding out the podium in third. 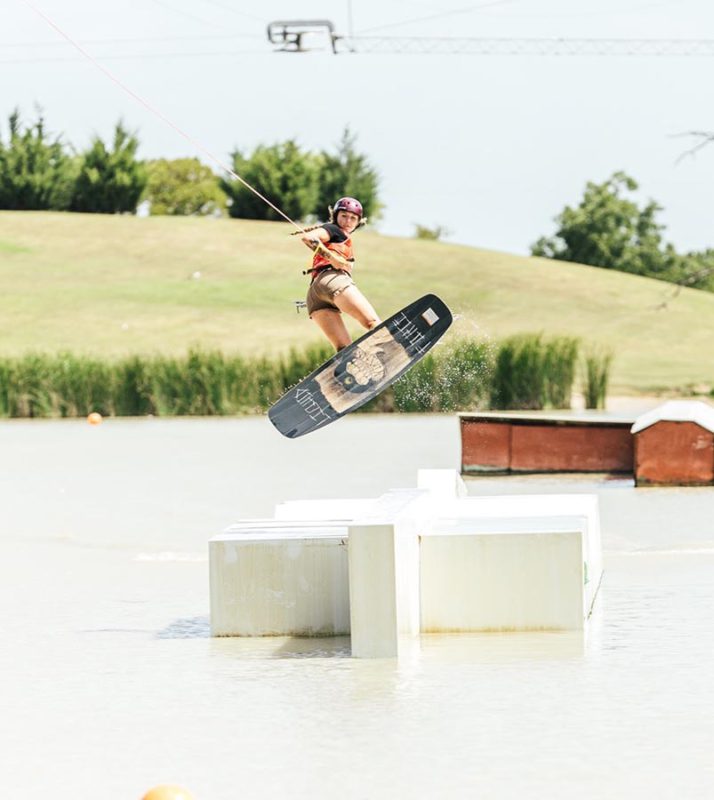 The Groms Features Only division saw Evan Cole take the win showing composition throughout the entire heat for a final score of 100.00, ahead of Hudson Haynie in second with 87.00 points and Luca Adib-Samii in third with 77.00 points. Aiden Stelzel went super technical on the swoope for his winning score of 95.00 in the Kids Features Only division. Cameron Flinkingshelt came up in second scoring 86.00 points, just ahead of Zach Montez in third with a score of 82.00. In the Open Women Features final, Lisa Derue threw brought to the table diverse hits in all of the sections to take the National title with 92.00 points. Mattie Armer took second scoring 91.00, followed by Riley Payne in third to round out the podium with 86.00.  The Masters Features final saw Hunter Hanson own the top spot with a standout performance to score 94.00, ahead of Tom Knotek in second who smashed all the rails for 91.00 points, followed by Cody Johnson in third with a score of 78.00.

Displaying true levels of progression, the Jr. Pros put up a good fight in the late afternoon in the intense battle for the Features Only National title. Barrett Swope came away with the win and taking the top spot in almost every section of the park dropping a 98.00 point score.  Tyler Cole got super technical to earn the second place spot with 93.00, followed by Colby Zebarth who took third with 80.00 points. Anna Nikstad took the 2020 National title in the Pro Women’s Features final putting down a technical run with a massive kicker hits for her winning score of 100.00. Taylor McCullough came up second with a score of 88.00 followed by Ashley Tabor in third with a score of 82.00.

“It was so awesome to see the girls shredding across all of the female divisions this week! I’m so happy to walk away with the win and even more so that we were able to get out and have fun on the water together at BSR Cable Park,” commented 2020 Pro Women’s Features National Champion Anna Nikstad. 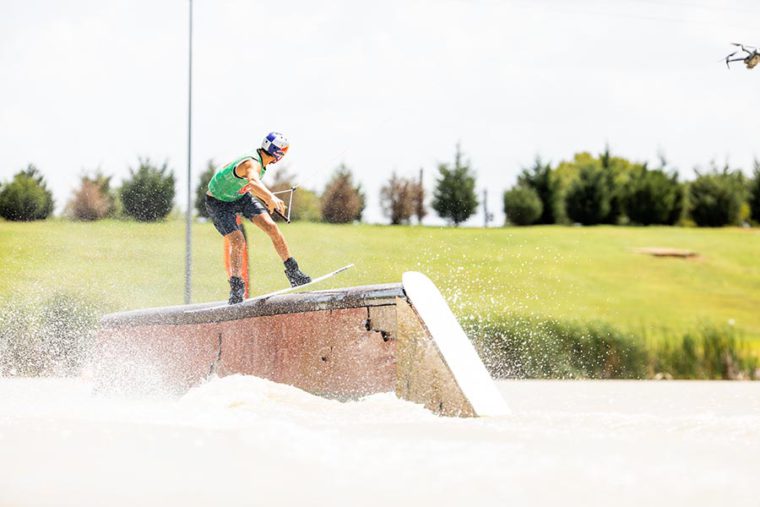 Closing out the weekend with one of the most competitive finals to date, the crowd was going wild all the way through to the very last second of the Pro Men’s Features final. Guenther Oka was on fire the entire weekend wrapping it up with a win Oka grabbed his title with a boosty T/S B/S 1080 off the kicker for a score of 97.00. Bringing a style of his own Gavin Stuckey claimed second place scoring 87.00 and landing him just ahead of his brother Trent Stuckey in third with 84.00 points.

“It’s been awesome to be here this weekend and to take another win. I’m just glad that we’ve been able to come together safely and have fun on the water,” commented 2020 Pro Men’s Traditional and Features National Champion Guenther Oka. “Thank you to everyone who made this event possible!”

The Southtown Wake Park team won the 2020 Points Chase title in the Features Only division with 638 cumulative team points ahead of Orlando Watersports Complex in second with 591 points and Hydrous in third with 510 points. Over on the Traditional team points side, the Orlando Watersports Compex team took first place with 627 points. Taking home a second place finish for the weekend, Terminus came in second with 460 team points ahead of Hydrous in third with 438 points.

For full results and live content from the 2020 Nautique WWA Wake Park National Championships presented by GM Marine Engine Technology be sure to check out the all-new WWA Rideline app available for FREE in the App and Google Play stores. Don’t miss a beat this season, dig in and get involved with this new app developed specifically for us, our global wake community. thewwa.com/rideline. 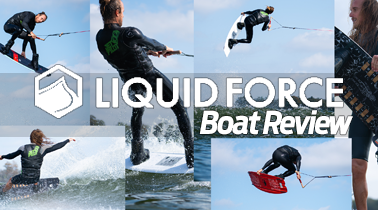